We get it- there’s a lot of fish in the sea and it’s hard to know which fish are the right choices, particularly when you’re pregnant or thinking about becoming pregnant.  In an effort to help guide the way, the FDA and EPA issued seafood dietary advice earlier this month (FDA & EPA Advice).  While we think the FDA and EPA are on the right track, we, like the Environmental Working Group (EWG), believe more can be done to refine the lists and recommendations to better protect vulnerable consumers.

Most seafood is an excellent source of lean protein and the best choices are those with low, if not trace levels, of mercury and rich in omega 3s.  While it sounds straight forward, there are varying opinions as to which species are best and which species to avoid.  With so many opinions on the matter, including input from the EWG, NPR, and other popular health and fitness outlets, such as Self and Cosmopolitan magazines, it is easy to become overwhelmed and outright confused. This confusion is one reason why the average American is eating less than half of their recommended weekly seafood servings.

To address the confusion and get these vulnerable consumers to eat more of the ideal choices, the FDA and EPA released a seafood reference chart to help guide and recommend seafood choices to women who are pregnant, or may become pregnant – as well as breast feeding mothers and parents of young children.

Their list is broken up into 3 categories Best Choices (2-3 serving/week), Good Choices (1 serving/week) and Choices to Avoid (highest mercury level).  While we think the FDA is on the right track, we see a need for adjustments to the existing 3 categories and the creation of another category, let’s call it Fair Choice with 1 serving/week limit for adults only.

At Safe Catch, we have analyzed over a million seafood samples over the last 10 years, and while we agree on some of these recommendations, we also see some adjustments that need to be made.

Let’s start with the species that we agree with, as well as a few that we think should be added because they are fantastic choices with trace levels of mercury and are good sources of omega 3s.

The 2 most popular species on the FDA & EPA Best Choice list that we’d take off is shrimp (imported) and canned light tuna, which we feel should be moved to the Good Choice list.

A Note on Antibiotics in Shrimp

The majority of shrimp is imported.  Imported shrimp has a high probability of containing antibiotics to keep the shrimp alive in over-packed farm pods.  It’s got a reputation for being dirty and the data supports it.  If you know a supplier of imported shrimp that rigorously tests for antibiotics, pathogens and other concerns (and you trust them), that’s your call.   We like shrimp and when we’re craving them, which we certainly do from time to time, we choose domestic shrimp.

A Note on Mercury in Canned Light Tuna

Canned light tuna should also be moved to the Good Choice list.  Canned light tuna is most often a blend of primarily pre-cooked skipjack tuna with potentially some flake from pre-cooked albacore tuna or yellowfin tuna.  Skipjack tuna generally has the lowest mercury levels of the commercially popular tuna varieties.  That said, all tuna are highly migratory species on the higher side of the food chain.  As a result our data shows high variance in the ranges of mercury levels in all tuna species.  In fact we’ve seen two skipjack tuna that are the same size, from the same school vary in mercury concentrations by 10-15 times.  When you add the potential of albacore tuna, the species packed in canned white tuna which has higher average mercury levels than skipjack, the range of mercury levels further increases.  For these reasons, we’d move it to the Good Choice list and Consumer Reports agrees with us.

The FDA & EPA’s proposed Good Choice list has some challenges too.  Many of these species have potentially huge variance in mercury levels.   Fully developed and grown adults can handle the (very) occasional higher mercury fish, but not small children or pregnant women.  That’s why we’re proposing a Fair Choice list.

Here’s an example to clarify why we think there should be another designation.  Let’s take halibut, a fish we, as non-pregnant adults, love from time to time.  Commercially sold halibut can vary in size from 10-20lbs up to 120+lbs.   While our average mercury level is mid-range, we’ve tested halibut with trace mercury levels and we’ve tested halibut well over the FDA limit (over 1.0ppm Hg).  Unless you test every fish to a strict limit you just don’t know what you are putting in your body. We would move the following species on the FDA/EPA Good Choice list to the Fair Choice list due to the large variance in potential mercury content:

We agree with the FDA/EPA choices to avoid for both sustainability issues and mercury issues.

Please let us know what you think about this article and feel free to send us your questions.  We will try and answer them as soon as possible as we continue our journey to educate and promote purity in our oceans, lakes and rivers. 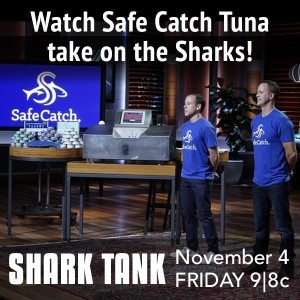 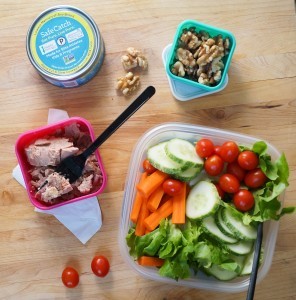 Our mission is to provide consumers with pure and delicious seafood, while also protecting purity in our oceans, lakes, and rivers.